Both may be true. “Palestinian” children may starve, while their jihadi leaders spend the billions in aid they get from their easy marks in the West on private planes and other perks of authoritarian rule. 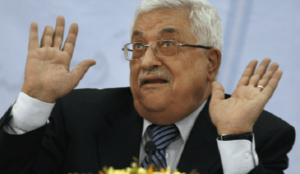 Even as the Palestinian Authority faces major funding cuts from the US, it has purchased a new luxurious $50 million private jet to be used by President Mahmoud Abbas, Hadashot news reported Wednesday….

Funding for the plane was said to have been provided both from the PA budget ($20 million) and from the Palestinian National Fund ($30 million)….

“Now, he is threatening to starve Palestinian children in refugee camps and deny their natural rights to health and education, if we don’t endorse his terms and dictations,” Erekat said, referring to Trump’s recognition of Jerusalem as the capital of Israel.

Israel’s prime minister does not have and has never had a private plane.