The Canadian government’s Standing Committee on Canadian Heritage has completed its draft report on “anti-Islamophobia” Motion M-103, and is ready to “take action.”

“the need to quell the increasing public climate of hate and fear… condemn Islamophobia and all forms of systemic racism and religious discrimination and take note of House of Commons’ petition e-411 and the issues raised by it…and request that the Standing Committee on Canadian Heritage undertake a study.”

After the passing of M-103 in Parliament, the Standing Committee on Canadian Heritage proceeded with its study, conducting nearly a year of hearings from selected groups and members of the public, both for and against the motion.

The cost of this extensive year-long Heritage Committee project was footed by taxpayers. The actual purpose and methodology of the study were vague.

Now that it has emerged that the government is preparing to “take action” on those it deems to be “Islamophobic,” Canadians are left in the dark as to what action will be taken (or range of actions) and by whose standards and definition one is deemed to be “Islamophobic.”

The Standing Committee on Canadian Heritage is pleased to make available the report entitled “Taking action against systemic racism and religious discrimination including Islamophobia”.

In the Heritage Committee Report, the section on “Islamophobia” is oddly short: less than two pages. The Ontario Human Rights Commission (OHRC) definition of the term “Islamophobia” was included, as follows:

Islamophobia can be described as stereotypes, bias or acts of hostility towards individual Muslims or followers of Islam in general. In addition to individual acts of intolerance and racial profiling, Islamophobia leads to viewing Muslims as a greater security threat on an institutional, systemic and societal level.

The definition of “Islamophobia” provided by the OHRC is nebulous. Questions to ponder: what is the global jihad, and what doctrine is behind it? If reporting global abuses committed in the name of Islam inadvertently leads to the “viewing of Muslims as a greater security threat,” then is the OHRC stating that one must not report on those abuses (such as Christian persecution, jihad attacks, attacks on women in Europe, honor violence, stonings, FGM, the murders of apostates, gays, Pakistan’s stringent blasphemy laws, etc.), since such reports may potentially affect how Muslims are viewed?

The Heritage Committee report has delivered a passive-aggressive document that threatens “action” against those who practice “Islamophobia,” while not providing a concise definition of  “Islamophobia.” Nor does it present thorough findings despite following exhaustive hearings, and fails to grasp the importance of Petition e-411, which formed the basis of M-103 and stated: “We, the undersigned, Citizens and residents of Canada, call upon the House of Commons to join us in recognizing that extremist individuals do not represent the religion of Islam, and in condemning all forms of Islamophobia.”

Muslim Brotherhood-linked individuals and groups have been at the helm of a hardline Canada-wide campaign to drive an “Islamophobia,” victimology agenda, which attempts to forbid criticism of Islam — thus putting a single religion over all others, as all other religious doctrines are and should be subject to scrutiny.

Numerous suggestions from Canadians to replace the word “Islamophobia” with “anti-Muslim bigotry” were firmly rejected.

Despite many media accusations that the “alt-right” had stirred paranoia about the word “Islamophobia” being a threat to free speech and an implementation of tacit Sharia blasphemy laws, the threat posed by the word went on full public display when “Islamophobia” was concretely defined in writing in a Toronto District School Board curriculum “Guide Book.” “Islamophobia” was defined as ” fear, prejudice, hatred or dislike directed against Islam or Muslims, or towards Islamic politics or culture,” substantiating widespread concerns that political Islam is in fact at play in the use of the word “Islamophobia,” and that there is a concerted effort to foreclose upon discussion of it. (Sections of the Guide Book were amended following complaints.)

It is significant that the Organization of Islamic Cooperation (OIC) has established an “Observatory” that is dedicated to combating global “Islamophobia,” and has made it clear that “Islamophobia” encompasses not only anti-Muslim bigotry, but also criticism of Islam and any speech that is deemed offensive to Muslims; hence the existence of blasphemy laws in Islamic states.

What Canadians think about the direction of Canada is of little worry to Justin Trudeau and his acolytes. Canada can no longer be considered a diverse, free country when merely offending Islam has become a punishable offence, while the government discounts routine hate preaching on al Quds Day, on campuses and in mosques, including hatred and incitement against the LGBTQ community, which Justin Trudeau claims to defend. The vagueness of the Heritage Committee Report should raise alarm bells. One basic service the exhaustive hearings provided was an opportunity to calculate the fervor and strength of opposition to M-103, which gives insight into just how far the Trudeau government can manage to push the envelope with Canadians.

A few points about Canadian sentiment on some issues enforced by Trudeau:

Trudeau is also the first leader ever to break federal ethics law, as he vacationed with his family at the private Bahamian island owned by the Aga Khan. He also conveniently gave away a $15-million grant of hard-earned taxpayer money to the Aga Khan’s endowment fund. Favor for favor, right?

Some other troubles with Trudeau:

As Trudeau continues to spend taxpayer money on policies and projects that are undesirable to most Canadians, Canadians can expect more surprises.  The Trudeau government has seen fit to deem Canadians “phobic” about Muslims, and will take action against citizens for this so-called “phobia.” One in three countries in the world have blasphemy laws that “criminalize anti-religious sentiment,” and Canada is well on its way. Despite the length and seemingly benign nature of the Heritage Committee report, it promises action against “Islamophobia,” a term it failed to adequately define, giving the government far too much leeway. 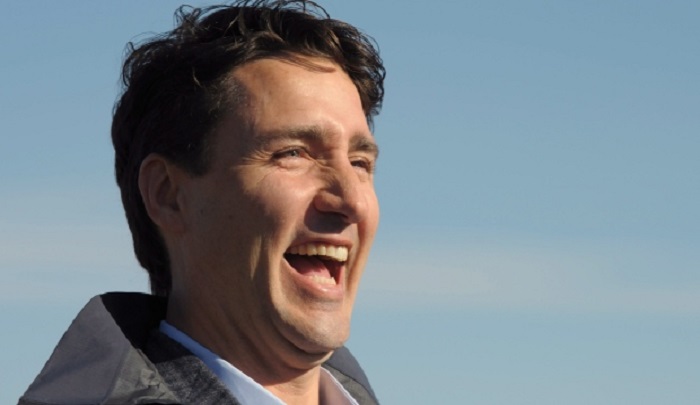 (OTTAWA, ON) – The federal Government’s standing committee on Canadian Heritage has completed a draft report on Systemic Racism and Religious Discrimination, including Islamophobia, in Canada. Although its latest meeting, on Wednesday, was in-camera, the committee, led by Liberal MP Hedy Fry, has released its minutes.

According to the minutes, the committee, with members of all three major political parties, agreed to adopt a draft report to be entitled Taking action against systemic racism and religious discrimination including Islamophobia.

The document will now be reviewed by Fry and civil servants whose role will be to make, “grammatical and editorial changes as may be necessary without changing the substance of the report.” It was agreed by the committee to have the Government table a comprehensive response following the presentation by Fry to the House of Commons.

Once Fry presents the committee’s findings, at a date yet to be announced, civil servants working on the document will release a news announcement and will place related information on the committee’s website.

The committee was given the task of examining Islamophobia and religious discrimination following the passage of Motion 103 in April last year. As part of its work, the committee held 93 meetings and heard from 78 witnesses.

Brought to Parliament by Iqra Khalid, a Liberal MP representing Mississauga-Erin Mills, the then non-binding motion called on the Government to condemn Islamophobia in Canada……